This past week I’ve heard from a number of friends who wondered about my “stay sane routine.” With the first 100 days of this new presidency fast approaching – a milestone we’ve been hearing about since January 20th – it seemed like a good time to take stock.

In thinking about it I realized that I do have a daily and weekly routine – a practice of sorts – to stay the course in my resistance and keep my spirits up.  Here’s the basic routine (minus many of the daily/weekly maintenance activities like doing laundry, grocery shopping, paying bills and sleeping.)

Side Note: The SPEW RULE

Developed during the Bush era, this rule allows for our need to vent while not becoming completely consumed…feel free to adopt or adapt it.  Upon entering the house, we are allowed up to 10 minutes to spew, vent and whine about the current political catastrophe.  After that, we insist that there are other things to talk about.  I do admit that during these first 100 days there have been times when 10 minutes has morphed into 6 hours – but – the point is there ARE other things to discuss.

Check out The Wall of Us.  You can subscribe to receive a weekly email with four concrete acts of resistance. This week’s resistance includes ways to expose the hypocrisy of bombing and banning Syrians.

The Women’s March has just announced their next action – #WeBelongTogether. Centered around the concept of unity and family, and the belief that children have a critical role to play in the resistance movement, it’s a collaborative effort – check it out! 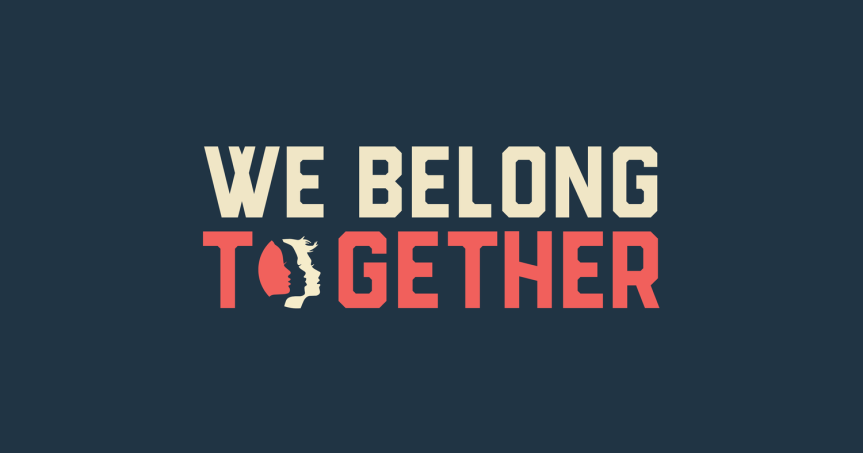 Have you heard about the Resistance School? 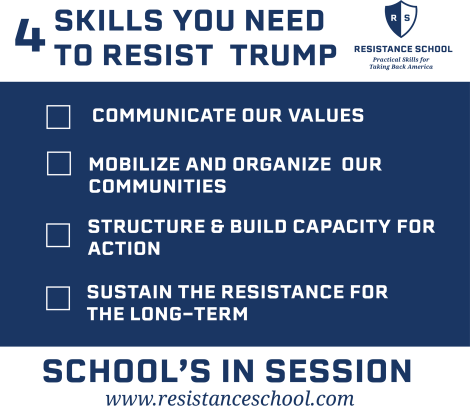 A Day Without Immigrants – May 1

Ready to Resist call on April 23 at 8pm (ET) with MoveOn.

In case you haven’t seen this short video of attorney Bryan Stevenson talking about social justice, it’s worth a few minutes.  If you have some more time, check out some other #BriefButSpectacular videos from PBS. They are not all political, but they are spectacular and it’s a good break.

More than 125,000 people in over 200 communities across the globe took to the streets to insist that Trump release his taxes. 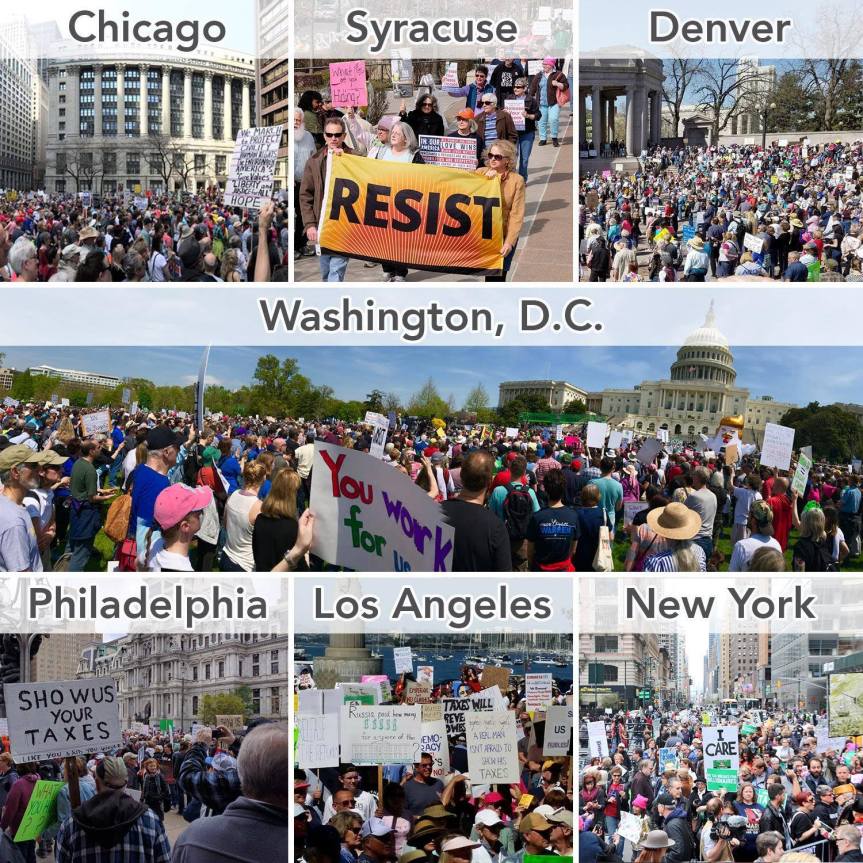 Check out MoveOn.org for their photos and videos from April’s resistance recess.  My favorite was the eloquent and graceful young woman who spoke with assertion and respect to Arizona Senator Jeff Flake at a town hall meeting. 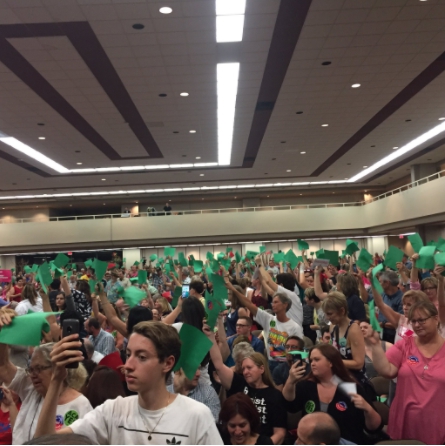 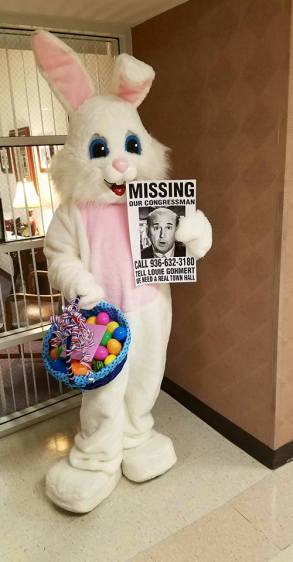 I’d love to know what you are doing to resist – send us your story to share with others! 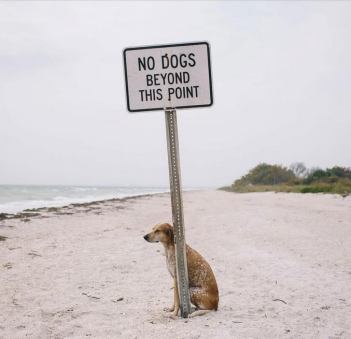 “But on the other side it didn’t say nothing, That side was made for you and me.”  Woody Guthrie