I found myself feeling elated, exhausted, relieved and reflective after hearing that 24 million people would not lose their health care.  I’m sure that like me, you’ve read and listened to many interpretations of what this means both in the moment and going forward from journalists, politicians, friends and family. While I admit to participating in a happy dance around here, mostly I’m amazed by the enormous effort from so many who called, wrote, organized, rallied and then did it again to turn the tide. But the work is far from done and dwelling on the “WIN” as some might, is not the path that this movement has chosen.

“Lead with Love” and “No Ego No Turf” are phrases I’ve heard again and again in the calls to action.  Still, I remain concerned by the divide and by the many – who, despite low approval ratings, support the GOP agenda.  If, as Maya Angelou reminds us “we are more alike, my friends, than we are unalike,”  I wonder how to find the common despite the divide.  Not long ago two friends sent me links to two different articles about – wait for it – George W. Bush and Glenn Beck, One article from the NY Times, the other from The Washington Post. I encourage you to read them.  I confess that after reading them myself, I felt moved,  judgemental and cynical.  Quite the combination. But, cynicism and judgement are a privilege that have no place here – they only add to the problems we face. If George W and Glenn Beck  – white men of power and privilege whose decisions and actions contributed in a big way to the divide we are experiencing can change – it makes me hopeful.  So what to do?  I’m going to contact our local librarian and see if she knows anyone who also enjoys quilting, biking, cooking and gardening but who may have a different point of view at the ballot box.  Maybe we can have lunch every now and then, get to know each other and see what happens…I’ll keep you posted.

I love this week’s shared story.  The other day a friend sent me a note with a suggested action to support the special election in Georgia on April 18th.  “Email Tonythedemocrat@gmail.com.  He will send you talking points and regulations for writing postcards to likely Democratic voting households for the Special Election in Georgia”  REALLY (??) I thought – tonythedemocrat?  Is this for real?  So, I wrote to him and lo and behold, he IS for real and he’s doing great work – here is his story – I hope you’ll write to him and send some postcards!

It’s an actual postcard.  Handwritten.  Who could this be from?  You read it.

They’re writing to remind you how important it is to send a Democrat to Congress in the upcoming Special Election and send Trump a message.  What?  There’s a Special Election?  April 18th is just a few weeks away.  I better stick this to the fridge…

That’s the scenario we hope is playing itself out across Georgia’s 6th Congressional District as a result of a grassroots, handwritten postcards to Democratic voters program that started two weeks ago.

Initially, just a handful of volunteers from a Facebook Group, Postcards For America, wrote to voters from a list of selected Democrats in GA-6.  With word of mouth, it spread to 15.  Then 50.  Two weeks later, more than 250 named volunteers (plus spouses, friends, children, and clubs) all over the country have been assigned over 6,000 addresses where some 10,000+ Democratic voters live.

Our Special Election is a Jungle Primary with 18 candidates on the ballot from both major parties plus independents.  If one candidate can earn 50%+1 on Election Day, they win.  So, the name of the game is to help make as many Dems as possible aware and care about their vote.

Even so, folks are inspired by this low-tech (slow-tech?) voter outreach.  Volunteers are furnished Easy Rules and Suggested Talking Points along with a sample postcard photographed by an actual volunteer.  They can use their own voice in their writing as long as they accurately remind the recipients of the election date and ask them to send a Democrat to Congress.

By Election Date, we should easily reach 15,000 and maybe even 20,000 voters with this effort.  People are throwing postcard-writing parties and sending photos.  And people in GA-6 who happen to be on other Facebook Groups have begun receiving cards and posting photos of them online.

After the election, I plan to evaluate turnout results by voter so that I can compare the turnout numbers of those whose addresses had been assigned to those who weren’t.

I’ve already been approached by people in other states interested in doing the same thing for their own special elections coming up.

Back in 2003, the Dean For America seemingly pioneered the idea of crowdsourcing a mass-mailing of handwritten postcards and letters.  I was a Deaniac back then and guess I always had a fondness and admiration of the sheer volume of mail that volunteers could crank out when they were sufficiently motivated by a cause.

There is a real wave sweeping across the country since the November election.  And with as many different types of newcomers to political activism as there are calls to action nowadays, something as authentic and personal as a handwritten card seems to capture the imagination of both volunteers and recipients.  It’s a program with potential as shown here.  After April 18, ask me if it’s a program that can deliver on its promise.

As an activist/organizer, Tony McMullin has experience in another red state, Texas, working on teams to identify, engage, and mobilize Democratic voters. In Georgia since 2013, he brings over a decade of lessons learned the hard way about what works in the effort to turn red voting areas purple, purple area blue, and blue areas even better-performing. A business process manager by trade, Tony uses technology solutions to lighten the workload of volunteers and make processes more efficient. His two rescue Miniature Schnauzers Lex and Pierce don’t quite understand what a phone bank is, but they love answering the door for canvassers!

First, contact: TonyTheDemocrat@gmail.com and request some addresses…send some postcards…have a postcard party…TheIdesofTrump was just a warm up – we have lots more cards to write! 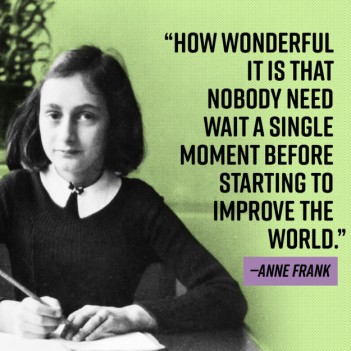 Discover and eat at restaurants owned by immigrants in your community!

Any interest in running for public office? Check out EMERGE – working to increase the number of Democratic women in public office.

Hearings in the House and Senate this week

House votes on a significant change to requirements for science supporting EPA regulations and a Senate-passed resolution to overturn the FCC’s broadband privacy rule. The Senate will vote on ratification of Montenegro as the newest member of NATO. The Senate Select Committee on Intelligence holds its first hearing into Russian Activities in the 2016 election.

On Wednesday, March 29th at 8pm ET, Friends Committee on National Legislation will be holding a conference call/briefing on what the Trump administration, Congress, and advocates around the country are doing on immigration policy. RSVP and send your questions in advance.

RSVP for Ready to Resist call with MoveOn scheduled for Sunday, April 2 at 8pm ET.

My favorite signs from this week’s rally.

2 thoughts on “Change is possible.”